Oct 02, 2021
Hi there, we're making this blog to announce the "new" official server. We say that it's "new" because it's been up for a year. It's the VidLii Remade server! You could also beta test the new website and talk to the VidLii owner, Jan! Join the VidLii server here: https://discord.gg/xFwTMnd
~Team VidLii

Your feedback for VidLii

You might know me for modding other video sharing sites (Mainly Tracle, Vlare and BitView) but I’ve been hired to help BMF in terms of moderating the site (trolling, maybe not lol) but I am happy to help anyone on the site when they ask me (excluding stupid questions like asking for mod).

You can contact me via VidLii, BitView the VidLii remade discord (which btw, here’s the discord server https://discord.gg/xFwTMnd), the VidLii discord BMF owns or dm’ing me on discord which is @sks2002#2002.

Here is the latest statistics for vidlii as of the 31st may, 2021 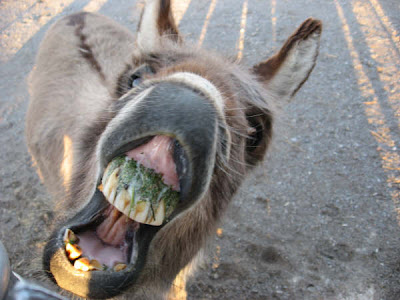 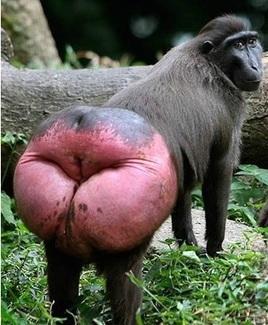 Jun 04, 2019
VidLii is now 2 years old!
Hey everyone,
As its VidLii's second birthday today, I decided to write another Blog Post as I thought it would only be fitting to do so today.

So lets start with statistics, Since June 2017, here is our statistics:

Now lets move on to a few records:

So Thank you to All of you who have been here since the beginning and those who are still using VidLii to this day!

Annotations and our new player are coming soon, And if you want to join it, Feel free to join the Official VidLii Discord Server.

That's all I really have to say as of right now. Thank you for reading!

We have some new Updates about Development and Statistics on VidLii.

Features that have recently been added:

- New Sign In Box Interface
- More options to the Channels Page (Most Discussed and Top Rated)
- Changed the Related Videos algorithm so that it doesn't recommend the same 5 videos for all eternity.
- Improved the API. Check whats new!

- New Video Player
- Annotations
- A server switch, Features such as 1080p Video Quality for Partners and 480p for non partners will be coming when VidLii switches servers.

Thats all for now, Thank you for reading!
- BMF

Feb 25, 2019
Hey everyone, I'm the new moderator on VidLii. if you have any questions or anything
Just message me!

Btw while we're here, we should go over some stats again for the first time in a while.

The Most Important Blog Post Update Of All Time

The past and the future™

First of all I'd like to thank all of you who have supported VidLii in the past 6 months. I certainly didn't expect this project, which originally was nothing more than a joke that was going to be removed after around a week, to be where it is now.
It's awesome to see how big this community has become, and how it has evolved from around 15-20 VBF refugees to around 6000 users from many parts of the Internet.
And while not everything has been running smooth and friendly, it worked out in the end.

Quite the upgrade from last blog post, right?
Now I'd like to talk a bit over the future of VidLii.

As you may or may not have already found out, the community guidelines changed a bit. Generally no major changes.
Just stay out of drama and especially don't start it.
Racist videos and comments will also be deleted from now on and not completely ignored.
It's unfortunate that I had to do this, but a certain group of kids have nothing better to do than be an ass on VidLii the whole day.

Another thing that is planned for VidLii is a complete rewrite. The exact date isn't set in stone yet. It may happen between the above mentioned features, before or after.
The rewrite will include lots of smaller cool features, bug fixes and the ability to add new features faster.

Thank you for reading this.
~Jan

Oct 26, 2017
Does anyone still read the blog? Well that doesn't matter as you're reading it now! Yes, these things have already been announced ages ago but it's about time the old blog got an update in more than a month. So, here's what's new:

Achievements! (Get notified for what you've accomplished!)
Simple update that tells you what you've achieved while supplying a bit of trivia about your own channel! Pretty cool, isn't it?

Themes! (Be stylish!)
Yes. Customize Vidlii to your desires without the need of an extension. Go crazy! Make themes for other people to use or use ones people have already created!

Cosmic Panda! (Blast off into nostalgia!)
Ahh, 2012. When the world wasn't hellish. The peak of YouTube. Everything was going great. The Cosmic Panda channel layout was released with all sorts of backlash because people hate change. Well that and it was forced. We don't force it! It's completely up to you if you want to use the Cosmic Panda layout. (I like it.)

Now that we've told you all about these updates... why are you still reading this??? Go out there and use what we've just told you! Now enjoy the rest of your day or something!

Replies! You can now reply to a comment without having to mention the user. Not only is this better to use, it's easier to use for any newcomers who may find their way on to VidLii. It also doesn't cause a mess when it comes to comments as everything is neatly sorted in the new replies feature.

Top comments! Top comments have found their way on to Vidlii after being abandoned for years. The new (or should I say old... new? new's a pretty good buzzword so I'll go with that) top comments feature now shows the top 2 most liked comments at the top.

Channel icons are now in the comments section! Self-explanatory.

Again I apologize for the late post. I hope everyone reading this has a good day. :)

The New VidLii Player (with customization) has been released!

Sep 15, 2017
Something that has been in the works for quite some time...
A brand new VidLii Player has been released!

Well... it's been out for some time but it just recently received an upgrade!

The new player has gained the ability to be customized with any color you'd like!
Change the progress bar color. Change the button color. The options are endless!

Pretty much endless though!

Well, that's that for that quick announcement...

Aug 28, 2017
After a few months in development, Partnership is here and finished. We already have a few partners before I wrote this blog post, but it is now here. Here is a list of our current partners:

These are our current partners and this list is expected to grow over time. Thank you for using VidLii.

I this blog post I'll mainly make some stats about VidLii public which may or may not interest you. But I'll also tease some upcoming stuff at the end.

Thank you for every member of VidLii. You're the reason why this place is so fun for everyone.

The days & Weeks ahead

Jun 15, 2017
It's been a bit since the last blog post and I thought I'd let you know about the future of this website.

First of all I want to thank the users who use VidLii and motivate me to add new and exciting features.

That's quite a bit for 3-4 days, so you can probably imagine how feature-rich VidLii is going to be in a month.
Here's some things I'm currently working on and will be released soon:
- Channel Transparency
- My Videos Page
- Playlists
- Featured Channels
- Bulletins
- Channel 2.0
- VidLii API

Also expect the VidLii design to change during that time to something better since the current design is based on the 2006 YouTube design and is limiting my ability to add new things.

NEW UPDATE & Why the name change?

Jun 11, 2017
First, lets start with the good news:
The site has been completely rewritten because the old code just couldn't be worked with.
That means that most of the things you complained about during the last 5 days is probably fixed or improved. Some of the changes are:
1. Featured | Recently Viewed pages now work.
2. Pages go up to 10 now.
3. Profile now work like "/user/VidLii" instead of "profile?user=vidlii"
4. Way more channel customization options (MORE TO COME).
5. Better video quality (Max filesize is now 350MB).
6. More file types supported.
7. Uploader has been improved.
8. Categories have been added.
9. A better looking friends tab.
10. HTTPS
11. UTF-8 character support
12. Some images are now in much higher quality

Those are some of the changes I can think of right now. Since that update was somewhat of an emergency there may be a few bugs which you can report to me in the discord:LINK

Now to the bad news: VidBit had to be renamed to VidLii due to threats of being sued due to me selling the previous version of VidBit to someone who apparently counted the name and logo "vidbit" as an asset.

For now vidbit.co still redirect to vidlii but that may change in the future.

Thanks to the community for staying loyal.